Whispers from the God of War by Mike Wellins 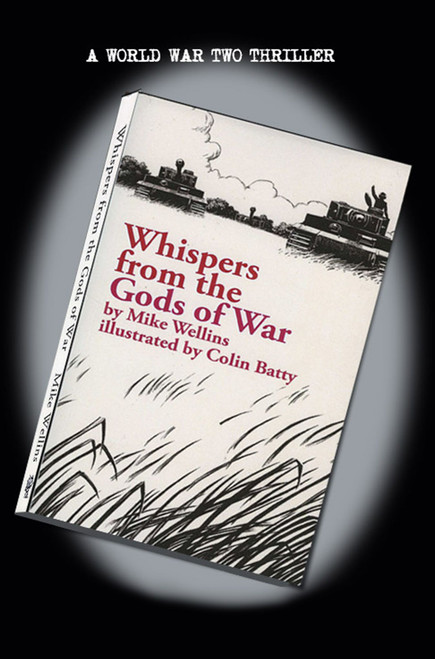 Whispers from the God of War by Mike Wellins

During the late summer of 1945, as a battered Germany began to lose the war in Europe, a squad of green Army artillery spotters are captured out in the open by German soldiers.

Resigned to their fate to wind up in a POW camp, they are astonished when a series of lucky eventsfrees and dumps the squad, lost, and deep in the heart of war torn Europe. The American men's luck quickly runs out when they wander into the battered remains of what appears to be an abandoned, walled village.

Once inside, the vllage proves to be anything but abandoned, and the men find themselves fighting for their lives and unable to escape an elaborately engineered trap, by an army of an unknown enemy.

Mike Wellins is a writer, filmmaker, visual artist, oddities meuseum owner, and has authored several books. Among his titles are Upon My Worst Enemy: A WWII horror novel, Mountain of the Dead, Stella's Babysitting Service for young readers, Serious Wackos, Duty to Rock, Beings: Intergallactic A.I. , Freakybuttrue Comics, and Photographer Unknown. He has always had an interest in mysteries and odd phenomena. Mike lives in Portland, Oregon