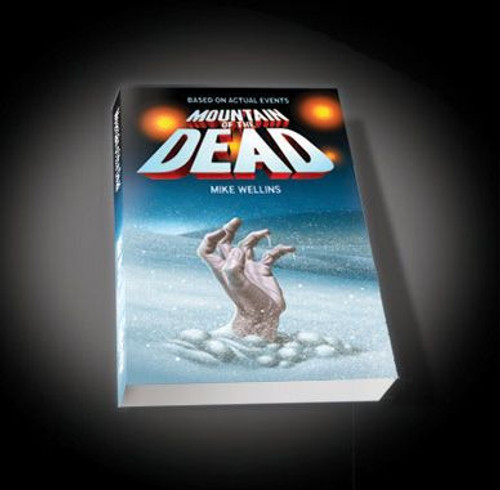 Fact: In February, 1959, nine Russian college students embarked on a 10 day skiing expedition into the Ural Mountains. They never returned and were later found dead of disturbing and mysterious causes.

These events are now simply known as the Dyatlov Pass Incident, named after the leader of the ill fated team, Igor Dyatlov.

Because of the nature of the deaths, a criminal inquest was filed. As the facts developed, the circumstances and causes of death became more confusing and baffling, with each new discovery. Even after a half century, no adequate explanation has ever been offered explaining the deaths. The official verdict, registered in 1959, stills stands, “death by unknown compelling force,” a vague and unsatisfying explanation for a scene of endless questions and unknown events that lead to 9 inexplicable and ultimately, horrific deaths. To this day, no one was ever charged with a crime.

A tribe of indigenous people, known as the Mansi, have lived in the vast Ural Mountains for centuries. The Mansi feared the mountain where the students had all died. The Mansi name for the mountain is Kholat Syakhl which translates to, the mountain of the dead. A stone monument with the pictures of the nine now sits as a mute testimony at the mouth of the now infamous pass.

Mountain of the Dead is the fictionalized story of the events of that year by writer, director Mike Wellins.

Superbly written, once I started reading this book I could not put it away until I was done. Great ending of a story that we already know the outcome.

Mike Wellins is a writer, filmmaker, visual artist, oddities museum owner, and has authored several books. Among his titles are Mountain of the Dead, Stella's Babysitting Service for young readers, Serious Wackos, Duty to Rock, Beings: Intergalactic A.I. visualization, Freakybuttrue Comics, and Photographer Unknown. He has always had an interest in mysteries and odd phenomena. Mike lives in Portland, Oregon.

Photographer Unknown: A Collection of Found Photos by Mike Wellins

What a World: the Art of Colin Batty