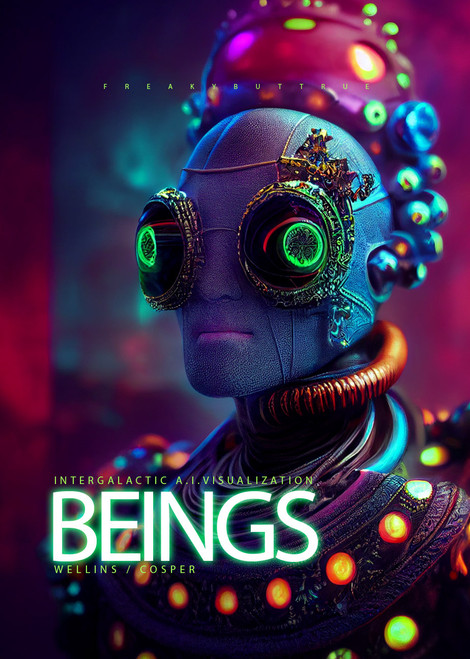 A mere forty years ago, humans could not be certain of exoplanets beyond our own solar system. Now, humans know that virtually every star in the observable universe has at least one planet in orbit, while many have countless more; making the number of planets in the hundreds of trillions.

It is fitting that the randomness of evolution in the universe hypothesized in this collection was created by the randomness and evolution of computers via artificial intelligence, A.I., or machine learning. These images were generated through prompts via the revolutionary app, Midjourney.